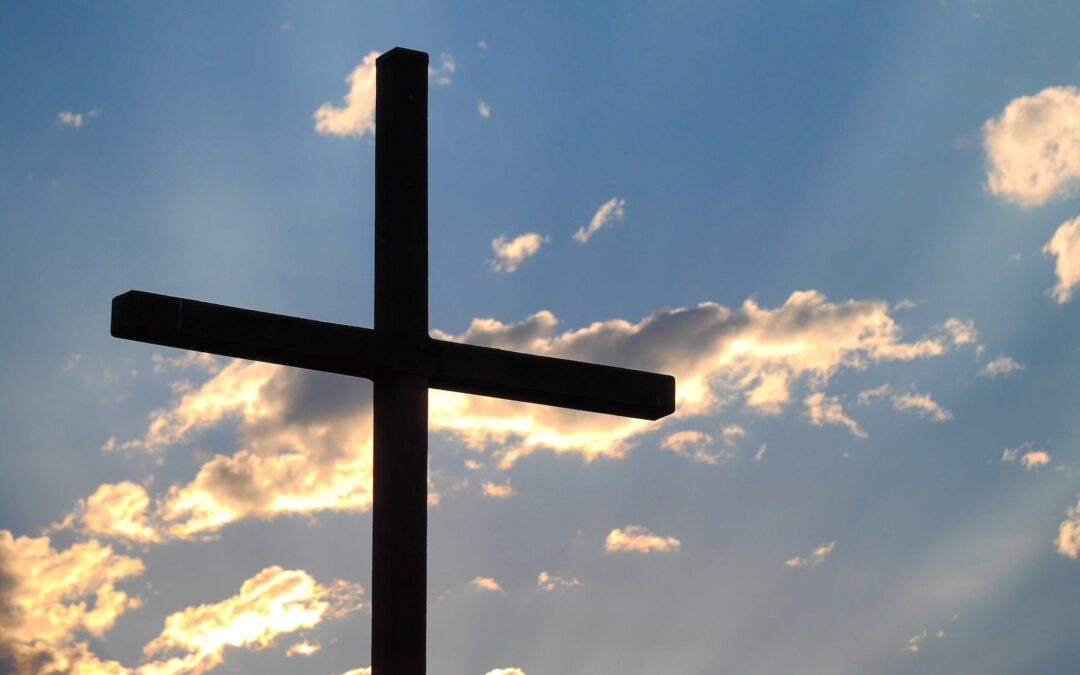 Over the past 40 days, a piece of Scripture set up camp in the back of my head. It would waltz into my morning devotions and say “hi” but wasn’t satisfied with such an obvious setting. Instead, it would show up at night, during a meeting at work, or in a conversation with my wife. The only thing stranger than its randomness was its persistence.

After a week or so, I began to pay attention to it. It came from a line in the twelfth chapter of Hebrews: For the joy set before him [Jesus] endured the cross, scorning its shame…  The whole sentence didn’t keep repeating for me, just the last three words: scorning its shame.

What does that mean?

An Instrument of Shame

I knew a little about the cross. Not only was it a brutal means of execution. It was also an instrument of shame. The Romans had a well-honed process. They would first beat people and strip them naked. This was to ensure their victims were broken, marred, and exposed. Only then were they ready to be nailed to a cross and posted in high traffic areas. The goal was to make them as visible and vulnerable as possible.

Ultimately, the Romans didn’t merely want to execute these enemies of the state. They wanted to publicly humiliate them. To that end, they inflicted the highest level of physical and emotional agony possible. It’s from the Latin words ex (out of) and crux (cross) we get the word excruciate. There is no greater pain.

Unlike most depictions of this scene, the crosses were set low to the ground. The feet of the crucified person were only about knee high, so anyone could look this tortured soul in the eye. As people passed by, they could spit on them or mock them, just as they did Jesus. You may remember their words, “He saved others, but he can’t save himself.” “Let this Messiah, this King of Israel come down from the cross, that we may see and believe” (Mark 15:31-32).

It was music to Roman ears. Their scheme was working. Above all else, the shame of crucifixion was meant to be a deterrent.

And it worked. Turns out, shame is a deterrent for everything. It usually comes knocking as the fear of being a failure: “If I don’t get this right, or If I say this wrong, I will be a failure.”

In his book, Shame and Grace, Lewis Smedes calls this the shame equation: One wrong act equals one bad person.

It is the fatal equation of shame: I do, therefore I am.

A while ago, there was a Roman Catholic priest who died in a town not far from where I was pastor. It was mystery. This man of faith in his 40’s committed suicide, and everyone wondered why?

I happened to know a couple of people in the church he served. The man had a severe drinking problem, and he knew that the next day he was going to be confronted by an alcohol intervention team from the dioceses. He was so ashamed of his drinking and resulting behavior, he believed he was too bad to be good. Tragically, he swallowed some pills along with his shame and died the night before he would have had the help to live.

I do, therefore I am.

Here’s how shame whispers in our ears:

“I am not enough. There is something wrong with me. I am bad. I don’t matter. I am unwanted.”

It’s different from guilt. Guilt is feeling bad because I have done something wrong.

Shame is feeling bad because I believe I am something wrong.

Guilt is a result of our concrete actions. I lied, I lusted, I stole, I gossiped, and that results in guilt.

Shame is a result of our inner beliefs. It may have nothing to do with our actions. If our father told us we were stupid and no good growing up, we will believe we are stupid and no good, even if we always got straight A’s and found the cure for cancer.

Undeserved shame has no connection to reality. That’s why some of the best, most honest, most faithful, truly good people we meet think they are bad, not good enough, fake or unacceptable in the eyes of God and just about everybody else. Shame has taught them to think that way.

If shame’s only play was to make us believe we are a hopeless failure, the fear of failing (which would confirm our worst beliefs) would be paralyzing enough. But shame also slams us with the fear of success.

Anyone who heard the post-tournament interview with the winner of the recent Masters caught shame at work. Scottie Scheffler had a 3-stroke lead going into the final round. On Sunday morning as he waited for his afternoon tee time, he suddenly cried like a baby.

He said, “I was so stressed out. I didn’t know what to do. I was sitting there telling Meredith (his wife), ‘I don’t think I’m ready for this. I’m not ready, I don’t feel like I’m ready for this kind of stuff,’ and I just felt overwhelmed.”

Keep in mind, Scottie was ranked #1 in the world. He had won 3 out of his last 5 tournaments. What was giving him such angst? Shame. A little voice kept whispering, “You’re not good enough for this, Scottie. Who do you think you are? You’re just a pretender.”

That mindset would have destroyed his game that day and become a self-fulfilling prophesy. But that’s not what happened.

In one fell swoop, Meredith scorned shame with its only known antidote: Grace. She poured into her husband a love that wasn’t based on performance, prestige, or pedigree. It was undeserved and unearned. She looked straight through his anxiety and helped him see he was enough.

She learned this from Jesus. In his death and resurrection, Jesus not only conquered sin & death. He broke the power of shame and opened the floodgates for grace to be poured into our lives, our relationships, our families, our churches, our communities and our world. He intended his followers to no longer be shame-based people, but grace-based servants.

Jesus scorned the shame of the cross. He felt contempt and disgust for it, because he knew shame is Satan’s greatest tool to destroy our relationships, our dreams, and our lives. Jesus last drops of blood were given not only to forgive our sin, but to vanquish shame’s power and open the door to a new life in the Spirit filled with goodness and beauty.

Amazingly, he endured the cross, scorning its shame, not with bloodied fists or curses from on high, but with outstretched hands of sacrificial love. He gave shame what it didn’t deserve – grace.

And when God raised Jesus from the dead, he tasted the joy that had been set before him – the joy of knowing the world he loves had been set free.